An all-out celebration of LGBT+ diversity and cinema! A hardcover book with reinterpretations of mainstream films.

“I firmly declare that the book in your hands is something unique, an ode to diversity with a good helping of humor.”

“This book is a beautiful tribute to the spirit of queering movies.”

Everybody loves films! They inspire us, excite us and their stories and characters become an undeniable part of our culture. LGBT+films was born out of the need to reinvent, from the unique perspective of more than 50 LGBT+ artists (and a few allies!), the normative spaces that classics from mainstream cinema have always occupied. They reimagine their worlds with new characters and roles and a new identity centred on LGBT+ diversity.

The artists of ​LGBT+films ​use humour, satire and activism to create their own vision of film images that we hold in our collective memory.

The book aims to celebrate LGBT+ diversity across the spectrum, reclaiming spaces that have always been purely normative and giving them new meaning. Edward Scissorhands as a gay man who always feels “unfinished”. ​The Addams Family ​can be queer and also have a lesbian couple; ​Titanic​? A beautiful love story between two women; ​Jumanji? ​Drag madness with a make-up palette instead of a board game; ​The Wizard of Oz? A​ metaphor of gender and self-discovery or The XYX files about intersex, trans people and their experiences… the possibilities are endless! Just like the imagination of our artists.

We also want to support artists with a collective work on a common theme in which they all feel represented and able to show their talent. 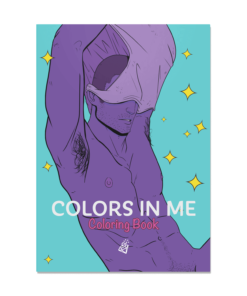 COLORS IN ME (Coloring book) 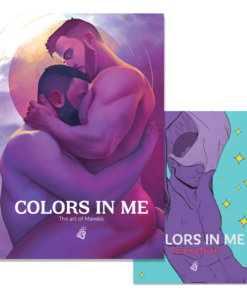 COLORS IN ME + Coloring book 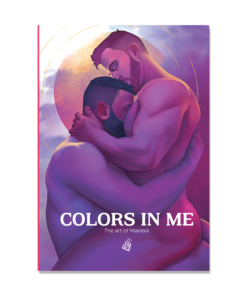 COLORS IN ME – The Art of Mavekk